Mercier Orchards, the largest apple orchard in the southeast, is known as Southern Living Magazine's "favorite roadside apple market," but it is much, much more. For over 75 years, the Mercier family has been welcoming visitors to taste the fruits of the mountains, and the yummy fried pies, apple cider, apple butter and fritters that come from the fruit! 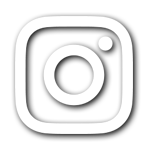